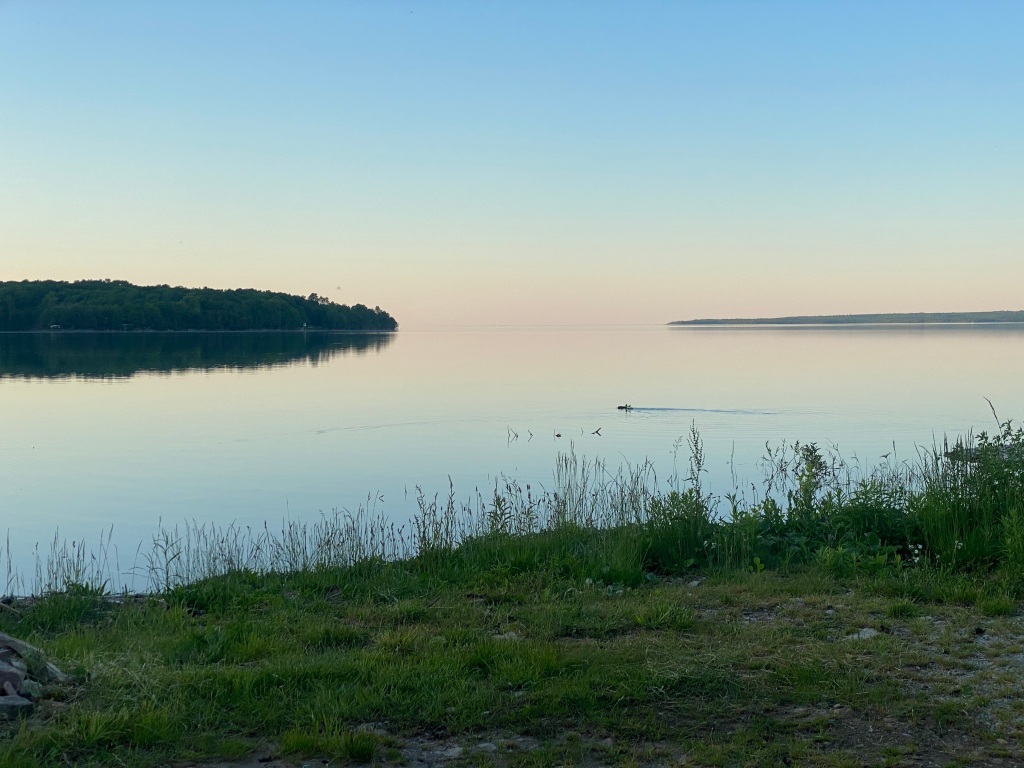 The Bagida’waad Alliance is a grassroots organization that includes a majority of members of the Saugeen Ojibway Nation, whose traditional territory’s shoreline is over 800km. Saukiing Anishinaabekiing extends from near Thornbury on Georgian Bay around the Saugeen (Bruce) Peninsula and down Lake Huron past Goderich.

The Bagida’waad Alliance has been running a program called New Journey to Save Fish: Oshki Maadaadiziwin Jaa Bimaaji’ut Gigooyike. At least for the last ten years, the commercial fishers have noticed changes in the weather patterns on Lake Huron and Georgian Bay: in particular, increasing winds and increased severity of storms. These changes have had negative effects on the number of safe days for being on the water. Each day when we decide whether to fish or not, one of the critical issues is how windy it is. We either decide it is worth the risk, or stay on shore. When one family, the Akiwenzies, started fishing fifteen years ago, we used to have two windy days a week with five calm days a week to fish. Today it is about five windy days a week, with one or two days of calm days. We have been collecting the stories of the changes in the environment through hiring youth to interview community members, produced a mini-documentary, and are working on a book of stories. We are also running a Film School for Anishinaabe youth in our region to gather stories about the perspectives of stewardship and caretaking.